Have you ever wondered if a difference in spelling whisky and/or whiskey is simply a typo? Is whisky the same as whiskey? Let’s start with a short history of where it all began.

It is highly likely that whiskey originated in Ireland. Not Scotland as it is commonly believed. By the beginning of the 14th Century, the art of distillation had reached Irish shores, spread by the teachings of traveling monks. When mostly rum was the choice of North America, Irish and Scotch immigrants made the whisk(e)y a trunk of rebellion.

The reason for that was the fact that grain was a cheap ingredient and generally a more attractive proposition than buying rum. In 1785, Bourbon county was founded and named after the French General Lafayette. During this time the whiskey production across the US accelerated and Bourbon County became famous for its particular style of liquor made from corn rather than rye. 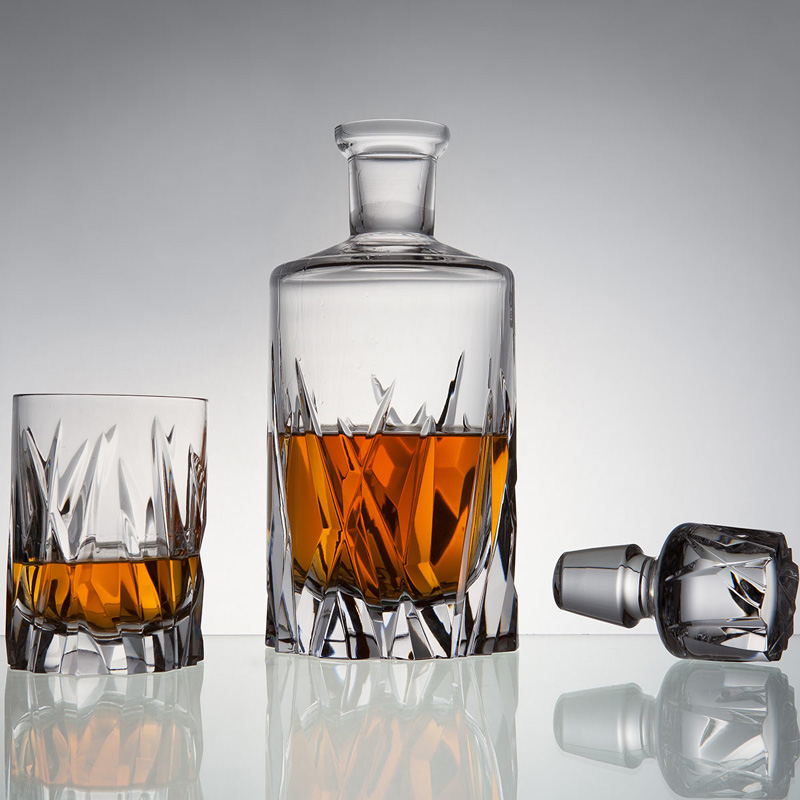 The main reason for the difference in spelling whisky and whiskey comes from the quality of drum. During the 19th Century Irish and American distillers felt the need to differentiate themselves from the - at the time – inferior Scottish product. They did so by adding an ‘e’ to their whisky.

Last weekend I went with my son to Ireland for his sailing competition. While he was participating in youth championship I decided to visit Jameson distillery, the manufacturer of truly Irish whiskey. 19th and 20th century Ireland was a golden era for Irish whiskey, and perhaps coincidently, for great Irish novelists, poets and playwrights.
Ireland was then the leading whiskey producing nation in the world as well as the birthplace of literary giants including my favourite, Oscar Wilde. Occasionally, many of these great writers, would take refuge in their local public house, while enjoying the comfort of their favourite dram of whiskey in crystal glassware.

During my tour, I learned that Irish whiskey is distilled three times in a combination of pot and column stills. It is made from unpeated malted barley and so, in conjunction with the distilling process, usually results in a lighter, more delicate taste than Scotch.

Like Irish whiskey, Scotch must be aged for a minimum of three years and distilled a minimum of two times. Scotch is famous for its diverse style where over 100 distilleries in Scotland presenting unique aesthetics. For instance, the different taste of whisky is due to location, use of peat (smoke drying), distillation process and aging.

Single malts are made entirely from malted barley and the product of one distillery. However, blended whisky is a mixture of any number of single malt whiskies with grain whisky.

American whiskey is a spirit made from grains and cereals in the US. The most popular of these whiskeys are rye, Bourbon and Tennessee. The legal requirement is that all of them must be aged in new-American oak barrels which can only be used once. Thus, what happens to all the barrels? They are exported to Ireland for the purpose of producing Irish whiskey.

Tennessee and Bourbon must contain a minimum of 51% of corn while rye – 51% of rye. Bourbon can legally be produced anywhere in US, though it is mostly associated with the state of Kentucky, has no minimum age restrictions and is permitted to have flavours and colour added. However, to be classed as straight bourbon, it must be aged for a minimum of two years and have nothing more than water added after distillation and aging. The most famous Tennessee whiskey is Jack Daniels, it is a straight bourbon which must be produced in the state of Tennessee.

Single old fashioned would be a perfect size for having straight whisky with water. While double old fashioned tumbler will be most suitable for mixed drinks. Crystal glasses might be the most classic choice, however, I might be a bit biased on this topic. For most famous cocktails such as Manhattan, a well-chilled martini glass might be the best choice. The rest depends on your imagination. I use a variety of glasses for my whiskey based cocktails however, they tend to be larger in their capacity. Therefore, large coupe or short footed goblet for a cocktail such as Panacea tend to be my favourite choice.